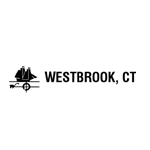 Are fireworks legal in Connecticut?

ALL FIREWORKS (with the exception of sparklers) ARE ILLEGAL in Connecticut and may NOT be sold, purchased or used, with the EXCEPTION of regulated fireworks displays by state licensed, professional pyrotechnicians at sites which have been approved by state and local officials. Fireworks are defined by law as "any combustible or explosive composition prepared for the purpose of producing a visible or audible effect by combustion, explosion, deflagration or detonation." Novelties, and trick noise makers such as smoke bombs, party poppers and snappers and the "snake", and are banned by Connecticut General Statute § 29-357. Effective June 1, 2000, Public Act 00-198 allows any person who is sixteen years of age or older to buy, sell and use sparklers of not more than one hundred grams of pyrotechnic mixture which are non-explosive and non-aerial.

The only safe way to enjoy fireworks is to attend a public display conducted at a state approved site by state-licensed pyrotechnicians.

Re: Sale of Sparklers

Public Act No. 00-198, which took effect June 1, 2000, legalized the sale, purchase and use of Sparklers by anyone age sixteen or older.

Sparklers, as determined by the state, include sparkling devices of not more than one hundred grams of pyrotechnic mixture per item, which are non-explosive and non-aerial. These include the common stick sparklers and cone, base, spike and handle fountains.

Did Public Act 00-198 legalize any other types of fireworks?

No. Although there were others listed in the proposed bill, sparklers were the only items that made it through the process. Smoke bombs, poppers, snakes, glowworms, and other novelty items are still illegal.

Items below are included as illegal to sell, purchase or use in Connecticut: